Ye' old general discussion board. Basically, for everything that isn't covered elsewhere. Come here to shoot the breeze, shoot your mouth off, or whatever suits your fancy.
This forum is not for asking programming related questions.

have you guys seen this guy's post on Reddit? His post went viral and became the most popular submission on Battlestations. Instead of upgrading the truck parts, he decided to put a gaming PC in his rig. He said he did it to deal with the isolation of the open road. 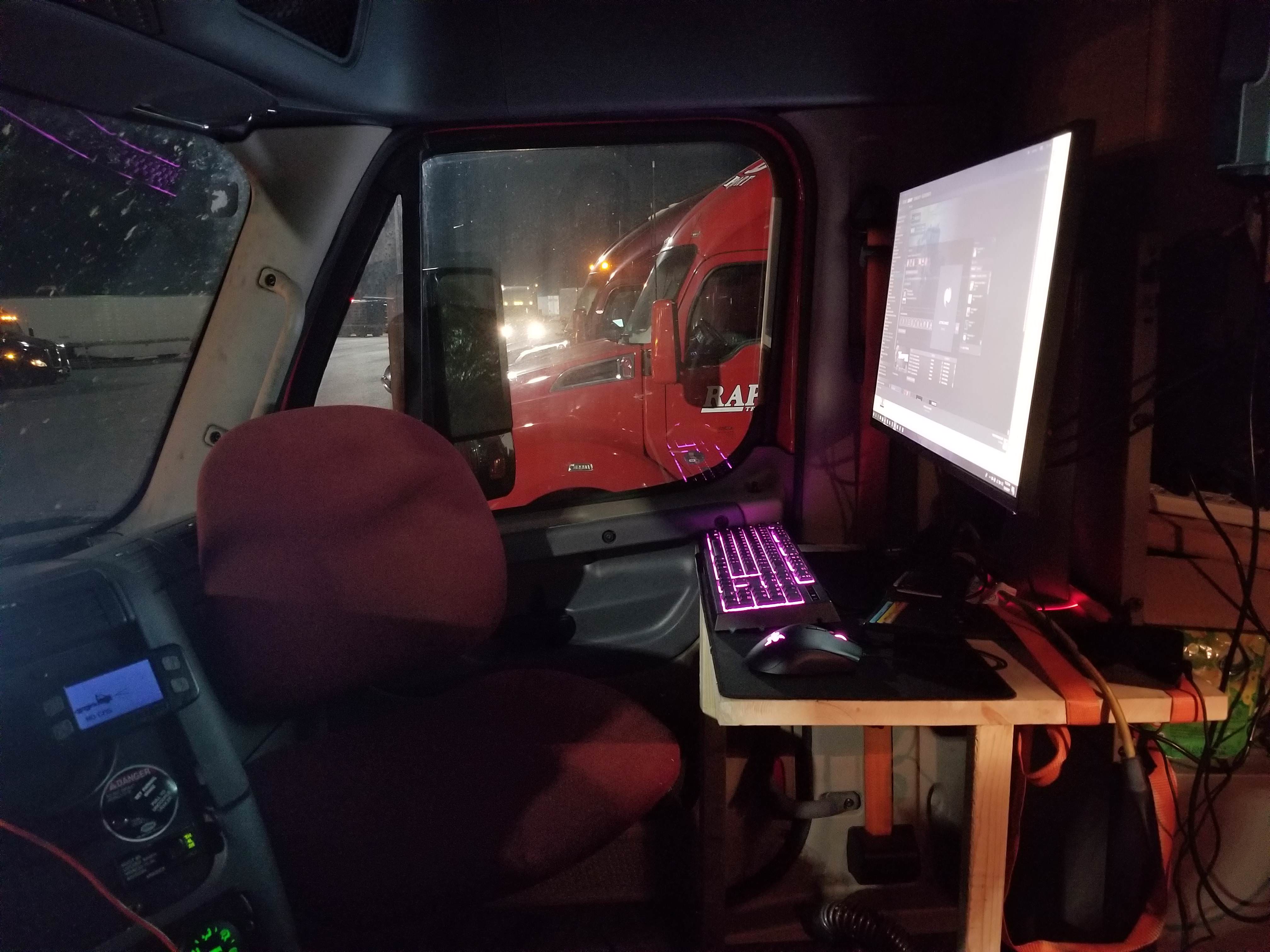